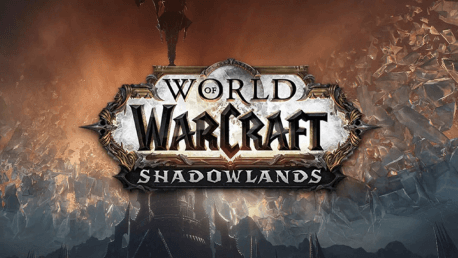 BRAVE THE BEYOND The veil between life and death is no more. With a single act of destruction, Sylvanas Windrunner has ripped open the way to the afterlife. Azeroth’s staunchest defenders have been dragged into all-consuming darkness. An ancient force of death threatens to break its bonds ...

To be notified by email when the item is again available?

You have successfully subscribed to this product

BRAVE THE BEYOND
The veil between life and death is no more.
With a single act of destruction, Sylvanas Windrunner has ripped open the way to the afterlife. Azeroth’s staunchest defenders have been dragged into all-consuming darkness. An ancient force of death threatens to break its bonds and unravel reality.

Hidden realms of wonder and horror await any who would pass to the other side. The Shadowlands is home to an entire realm of the departed; it is a world between worlds whose delicate balance preserves life and death itself.

As one of Azeroth’s greatest champions, you have been granted the power to cross over in body and soul. Now you must investigate a conspiracy to unmake the cosmos, and help Warcraft legends journey back... or fulfill their ultimate destiny.

THE SHADOWLANDS
What lies beyond the world you know? The Shadowlands, resting place for every mortal soul—virtuous or vile—that has ever lived. Journey through planes of torment and imprisonment to those of rebirth and eternal reward.

BASTION
Those who have lived a life of service are drawn to Bastion to assume the highest duty of all—carrying souls to the Shadowlands. Amongst Bastion’s gleaming spires and sweeping vistas await challenges to test the mettle of the steadfast kyrians.

ARDENWEALD
A vibrant afterlife for those closely connected to the wild, Ardenweald is a domain of endless restoration tended by the mystic night fae. Within this eternal forest, massive dream trees draw in precious anima—soul essence—to feed the spirits of nature awaiting rebirth.

MALDRAXXUS
Within war-torn Maldraxxus, might—of all kinds—makes right. Here, in the birthplace of necromantic magic, those who master the powers of death turn legions of ambitious souls into relentless undead armies.

REVENDRETH
A realm of looming keeps and gothic villages, Revendreth is home to the venthyr, the harvesters of sin. The wretched souls who arrive here may find penance for their misdeeds… or merely indulge the appetites of their keepers.

THE MAW
To be cast into the Maw is to be doomed to a bleak eternity. It is a tumultuous, hopeless land where the vilest souls in the cosmos are imprisoned forever. Should the ancient evil chained here break free, all of reality will be consumed.

ORIBOS, THE ETERNAL CITY
Oribos is the arrival point for all souls who enter the Shadowlands. At this crossroads, the dead are judged by the impassive Arbiter before being sent to their final destinations, and Oribos’ denizens swap gossip and anima—soulstuff that serves as both power and currency.

COVENANTS
Align yourself with one of four Covenants—mysterious sects, each with their own ambition for the Shadowlands—to restore balance to the hereafter.

You’ll gain access to your Covenant’s Sanctum, where you’ll accept unique quests, undertake a sprawling covenant campaign, and call upon your allies to embark on important missions. You‘ll also earn unique abilities based on your Covenant and class, acquire a unique mount and visual appearance, and forge bonds with powerful souls, drawing on their essence to further customize your skills.

Kyrian
ZONE: BASTION
Steadfast guardians who carry the souls of the dead.

Night Fae
ZONE: ARDENWEALD
Defenders of nature who uphold the cycle of rebirth.

TORGHAST, TOWER OF THE DAMNED
Once, the Jailer kept only the most dangerous souls in the cosmos confined in this eternal prison. Now, some of Azeroth’s greatest heroes are trapped here, and you’ll need to rescue them from the Jailer’s tower before he expends their very souls.

Torghast is an endlessly replayable, ever-changing dungeon that you can challenge alone or in a group. Your runs will differ each time, but you’ll need to explore cautiously. Death comes at a terrible cost. Defeat enough of Torghast’s unpredictable challenges, and you’ll be rewarded with unique abilities and items to ensure your present survival or bolster your next run. The further you progress, the greater your likelihood of retrieving materials to craft the legendary weapons and armor that will help you restore balance to the Shadowlands.

Other secrets lie within the tower… but they’re yet to be revealed.

How does it work? Will I receive World of Warcraft: Shadowlands as a physical copy?

No related articles on blog

No customer reviews for the moment.

Your review has been successfully sent our team. Thanks for review!
Login
PlayCoins

Playcoins is our very own points system, that we use to reward our most loyal customers. We love you, so we've decided to give something back!

Every time you make a purchase with us, you're rewarded with Playcoins.

Whenver you make a purchase, Numikoins with a monetary value of 2% of the paid amount will be added to your account.

Next time you make a purchase in the store, you can then use your Numikoins for a discount. It's like the old saying goes... money is good, but free money is twice as good.